Skip to main content
History
de Buedemleër down through the years

Roby Jungers and his wife Mady set up "de Buedemleër" on 1st May 1994, using the family home, located in Schifflange, as their head office.

As a result of their commitment and their respective experiences, Roby in the field of wooden floors, floor coverings, blinds and insect screens, and Mady in administration and sales, they quickly made "de Buedemleër" a benchmark in interior decoration and home improvement, and the premises in Schifflange quickly became too small. 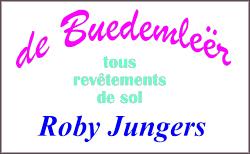 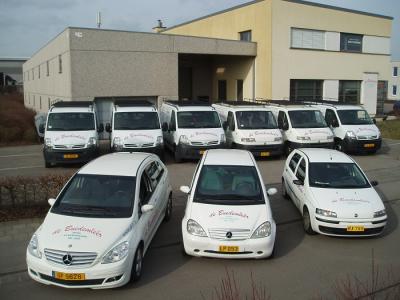 Planning and building new facilities which would host the exhibition space, workshop and warehouse in the West Ehlerange regional enterprise zone (referred to as Z.A.RE Ouest). Although these new premises were still much too big, when the Company founders and two floor layers moved in on 22 February 1999.

After graduating from university, the son, Ben Jungers, began his apprenticeship with his parents in September 2008, in the office and outside on project sites.

Acutely aware of the need for and the importance of recycling, environmental protection and impact prevention, de Buedemleër became "SuperDrecksKëscht fir Betriber"-certified (recognized quality label granted to businesses which have adopted an environmentally-friendly waste management plan). 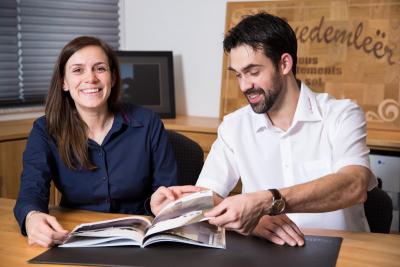 Ben Jungers obtained his Certificate of Mastery as a parquetry and wooden floor layer.

In January, a transformation was initiated when the family-run business changed status and became a limited liability company.

In April, after working for several years in the banking sector, Martine Jungers, Ben's sister, joined de Buedemleër. The whole family was now together. The younger generation began to take over running the business.

In December, Roby retired. Mady continued to work for the Company to ensure the reins were handed over successfully and to foster sustainable development.

de Buedemleër placed the focus on knowledge and skills transmission and officially became an "Entreprise formatrice" (a training-providing company) and was granted the "Made in Luxembourg" certification.

The Company celebrated its twentieth anniversary and revamped its website and its logo, by combining its original values with new vitality.

The range of curtains and voiles enhanced the blinds and insect screens activity. This development would lead to a new signature "Artisans d'intérieur" (interior environment craftsmanship), placed just below the logo.

To keep pace with this progress and with the Company's constant growth, the offices and exhibition space were renewed and extended by over 300 m² and over two floors.

de Buedemleër had the great honour of being awarded the trophy for the best "Entreprise formatrice" (training-providing company) in 2017. This honour was awarded as the result of an international exchange between two apprentice parquetry and wooden floor layers, which took place in 2016.

de Buedemleër celebrates its 25th anniversary and launches its new website, which places greater emphasis on the Company's different activities. 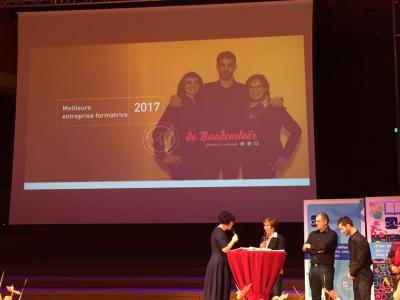 Please make an appointment with one of our specialised sales representatives, so that you can benefit from the best advice tailored to your needs.

Our store and offices will be closed on:

3D virtual tour of our showroom

Find us on Google Maps